The Siege of Limerick

The Battle of Aughrim in 1691 devastated the Jacobite army. Four thousand lives were lost, including the commanding officer the Marquis de St. Ruth. But determined to fight on for their freedom, Patrick Sarsfield oversaw the retreat to Limerick.

Limerick was a stronghold, still in the hands of the Irish Jacobite forces. It had withstood a siege a year before, in which Sarsfield planned a daring mission to destroy a siege train that carried heavy weapons that could breach the town’s walls. But morale was low and the Jacobite forces were crumbling. As the Williamite army blockaded Limerick, the hope of securing civil liberties for the Irish people starting to fade. The French commanders who Sarsfield served under refused to retreat, but having been abandoned by King James, Sarsfield subverted the commanders and negotiated peace for his people – and began talks for the Treaty of Limerick.

In the Treaty, Sarsfield tried to secure the safety of the civilians living in Limerick as well as their guaranteed freedom. Patrick Sarsfield and The Wild Geese fought passionately for these liberties believing that every person had the right to enjoy them. This is why each bottle of The Wild Geese carries a commemorative ‘1691’ medallion – the Collection celebrates the Men of Action who fought to uphold this freedom.

But when Sarsfield and The Wild Geese chose to leave Ireland, they also sparked an intrepid story, that is still very much alive to this day. Wild Geese all over the world have had a remarkable impact on the world. Our Collection of Irish Whiskeys, which have been recognised as ‘Best Irish Whiskey’ on three occasions within twelve months, continues to celebrate this. 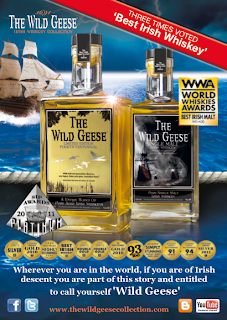 In March of this year US President Barack Obama planned a ‘homecoming visit’ to Ireland, to trace his own Irish roots. In an address to an excited crowd in Dublin, the President echoed the story of Sarsfield and The Wild Geese:

‘Remember that whatever hardships the winter may bring, springtime is always just around the corner. And if they keep on arguing with you, just respond with a simple creed: Is Feidir Linn – Yes We Can’
Sarsfield is remembered as a prominent figure – a hero – in Ireland, particularly in Limerick where appropriately a bridge has been named after him, which leads onto Sarsfield Street. 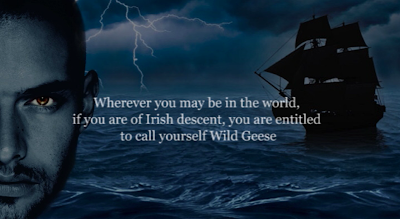