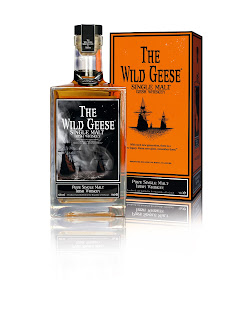 Last week, we were thrilled to learn that our Single Malt had been awarded the ‘Best Non-Aged Irish Malt’ at WWA. The Wild Geese Irish Whiskey’s Single Malt is no stranger to awards. In 2010 it was named the “Best Irish Whiskey” and awarded a Double Gold Medal at WSWA.

This latest award is particularly special, as it recognises that age is not what determines a high quality whiskey. Instead, it is the high quality of ingredients used in the Single Malt which is most important. This ‘smooth, subtle and yet sophisticated’ whiskey was also awarded a Gold Medal in the super premium category of The Whiskey Masters competition organised by ‘The Spirits Business’ magazine.
[pinit]