This week marks the anniversary of Patrick Sarsfield’s death.
A courageous Man of Action, he relentlessly fought for freedom and dreamed of one day returning to Ireland to enjoy this important liberty. Tragically, he would never return to his homeland, but sparked the story of The Wild Geese – a story that lives on to this day.
The high quality of our multi award winning Collection of Irish Whiskeys reflects the rich and significant story that inspires it. Each bottle of The Wild Geese Irish Whiskey commemorates these brave men and women who left Ireland seeking a new life.
Man of Action 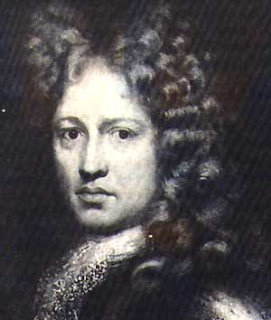 Educated at a French Military, it is thought that Sarsfield was always prepared to take action – preferring to face daring pursuits in battle, rather than plan strategic campaigns of war. This passion burned in him throughout his military career. He first saw service in the army of Luxembourg as an ensign, and served in the army of King Louis XIV of France between 1671-1678.
When James II ascended to the English throne in 1685, Sarsfield served under the King’s commander in Ireland, Richard Talbot. Although James II recognised Sarsfield’s raw courage, he didn’t think that he was capable of high command or initiating strategies of war.
Nevertheless Sarsfield served with distinction in the Williamite War. In 1690, Sarsfield served under St. Ruth, who he often disagreed with. But when St. Ruth fell in battle, Sarsfield ordered a hasty retreat. Unable to turn the tide of the battle, Sarsfield organised a strategic retreat – saving many of the men who served under him.
He continued the war effort, by leading the defence of the Second Siege of Limerick. Faced with escalating odds, and realising that many more lives would be lost in a prolonged campaign, Sarsfield negotiated the Treaty of Limerick. In the Treaty, he ended the war and secured the rights of his people.
The Wild Geese
But Sarsfield was unable to live under English rule. With many of his followers he boarded ships bound for France, and left Ireland believing he had ensured freedom for the people he had fought for. Taking the name ‘Wild Geese’, Sarsfield and his followers believed that one day they would enjoy this freedom in their homeland. 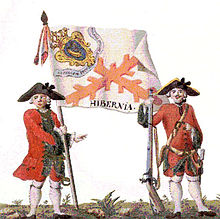 Unfortunately the Treaty was not honoured by the English and Sarsfield served in European armies for the following three years. While fighting for King Louis XIV he received a Meréchal-de-camp (lieutenant-general commission), but was badly wounded in the Battle of Landen. Taken back to Huy, Belgium, Sarsfield did not recover from his injury and died three days later.
It is thought that upon examining his bloody wound, and realising that he may soon die, his last words were ‘Oh if only this were for Ireland’. Sarsfield was buried in Huy, in St. Martin’s Church. Although is body was laid to rest in Belgium, it is clear that his heart belonged in Ireland.
[pinit]